get yourself a wand

for all the Goalies? Tips from the coaches. Advice from players.

get yourself a wand

for any kids or new/wannabe keepers it's one thing that really helps improve your game and can be done easily. get a stick that you can throw really well with and won't give up rebounds at the same time, and work on your stick handling skills

as a good middie who's been stepping in recently the difference its made to our teams clearing has been huge - you've spent long enough winning that ball, why lose it cheaply because you haven't got the stick handling skills to make a good pass?

i've only now realised how immobile many keepers are too (down in the south at least) - make the other teams respect you and have to play you - if they don't, carry the ball over yourself - after a couple, they will start sending slides when you've got the ball and gives your d-poles or middies a nice easy clear. it's got to the point now where in the last two games oppostion teams have talked about it at half time and come up with tactics to try to stop me being such a factor on the clears which has left a middie free at half way for a nice easy half way pass and clear often setting up a fast break

not only does it make your clearing so much better, but your team has the ball a hell of a lot more, as you give up very little possesion cheaply, and it doesn't half boost your confidence when you know you can make any pass, and when you do it in games (esp running up field), and it has the added bonus of it making you look razzle dazzle. the opposition are often intimidated slightly if you look like the dogs danglies, meaning they are more afraid to try stuff as they think they'll end up looking stupid (how often do you see someone running at a d-man who can throw any pass and carries the ball well and hoovers up any gorund balls, and compare that with a d-man who's a bit of a gammer drops the ball and plays hockey the length of the pitch cos they can't pick it up? - yet thats got nothing to do with how good they are at actually defending)
Top

Mandy's made a great point. It's important for the goalie participate in all the drills the team does; don't just let them use you as a target.

When we do our warm-up, running around the pitch, I do everything the middies and attackmen do: switching hands, cradling one-handed, attempting to cradle overhead (not always succesful

Hey there, keep getting the nail of my top hand's thumb wacked by balls. I just regrew the damn thing only to get hit this saturday and for it to puff up blue. Wouldn't bother me so much, but I can't actually grip anything with it.
ahsan
Top

Have been looking for this for a while, its a training sheet that breaks down the individual elements of a goalie's game (chat, stance, shot saving etc) and offers a range of levels of ability in each. It worked brilliantly for me previously but i cant seem to find it! Im told its called something like 'Getting into the blue' because of the way the shading works, you work down the grid in each element looking to hit the peak in each, obviously!
We are the leading the world in providing best http://www.e-six-sigma.com dumps northwestern.edu prep solutions. Our incredible offers for Colorado State University
Top 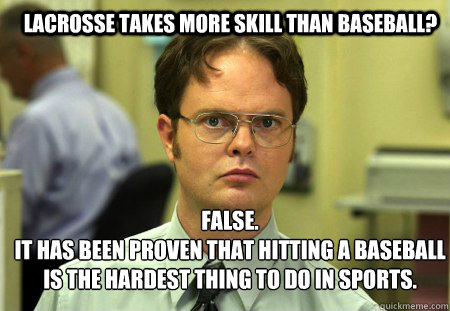